When the topic is disability, a light bulb always goes off in all of our heads, without distinction: architectural barriers. The difficulties and the physical obstacles that prevent independent movement to reach a location, enjoy an attraction or perform normal, day-to-day activities.
These barriers are steps, narrow doorways, unusable bathrooms, non-existent parking spaces, ascents and descents that rain hammer blows along the path of a wheelchair user.
Architectural barriers are the result of failure to make the world liveable for everyone and a lack of planning to improve what already exists or create something new from scratch.

While a little good will and plenty of planning and skill are all that is needed to break down these barriers and pave the way in this case, there is still a long way to go when it comes to mental barriers. These are still architectural barriers metaphorically speaking, because they are perfect constructions in the world that is prejudice.

There are no rules, no way of knowing how to get around them, no choice but to fight them on several fronts: from the inside, by continuing to explain the world of disability simply as life from a different viewpoint, and from the outside, by bringing to public attention cases that allow the problem to be examined more easily.

My CV is very similar to those of many young people of my own age who have studied in the world of communications, which, in addition to words, also gives the nod to an image that you have to support or represent in order to be considered. It was summertime, the end of July, and I had graduated just a few weeks beforehand, on Bastille Day.

My mobile phone vibrated and I saw that it was a local number that I did not recognise. It turned out to be the HR office of a multinational in the hydrocarbons sector, located in a building towering over the Mantua skyline. They were calling for a job interview, as a press officer, starting in September. I was happy to agree to the interview but, before hanging up, I asked that one, customary and essential question: “Sorry, but are there any architectural barriers to reach the interview location? I am in a wheelchair and I wouldn’t want to have any problems in reaching you.” There was a deafening silence at the other end, a lack of sound in which I could clearly hear the person at the other end taking in the information and the wheels in their brain turning to find a way out. “The interview is on the first floor. We’ll let you know if we can change location”.

Years have gone by, with many contributions and changes in category along the way, since that day. I never heard from them again and have never worked for them. They shut their minds and, on that day, I realised that the rugby tackles faced everywhere else would be present in my working life as well.

The roots of mental barriers lie in society, in the attitudes of people who see disability as something different from the normal routine. We are obviously talking about disability in this article, but mental barriers are also erected elsewhere: against gender, race, religion and geographic area. Breaking them down, or at least honing their edges, is more complicated than breaking down architectural barriers. A fair compromise could be starting to speak about and apply the concept of “exchange” with others, including tolerance in that concept, which is not intended as resignation here, but as acceptance, the ability to see a specific aspect of the other person, process it, accept it and retransmit it with a view to openness.

Mental barriers are a metaphorical form of disability, the absence of that mechanism which allows us finally to think in terms of “us” and not “them”.
I do not have the solution to understanding how to avoid both barriers, I can only continue to hope that, all together, we can work to reduce the discomfort they cause.

Previous The shower stretcher: a product resulting from investigations and innovations taken from car industr 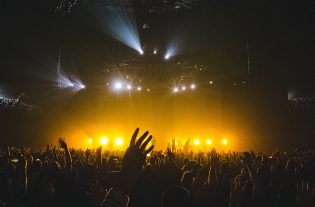 10 things to do when organising a concert 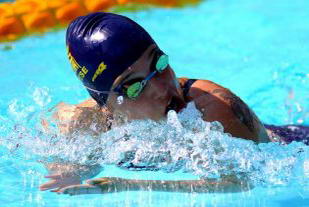 An interview with Arianna Talamona; paralympic swimmer training for Tokyo 2020 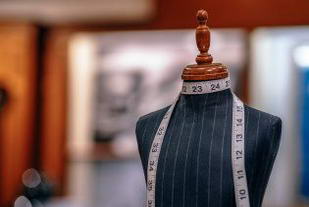